By FRANCES MULRANEY and GLENN OWEN 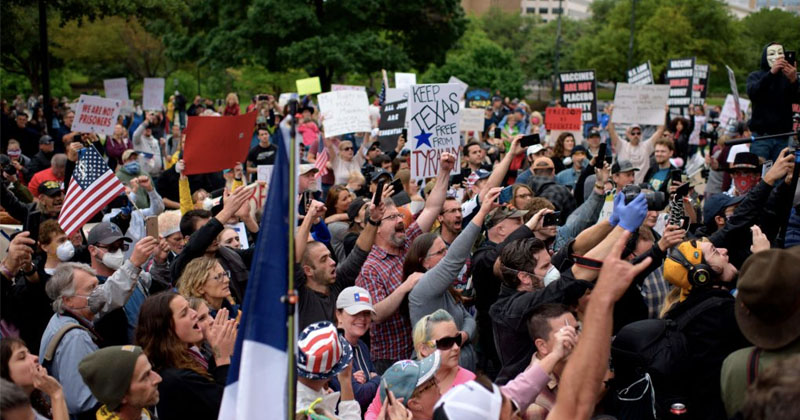 Local media has tried to minimize Saturday’s “You Can’t Close America” protest at the Texas State Capitol spearheaded by Infowars, using cropped video and select images to make the demonstration appear smaller than it was.

ABC affiliate KVUE showed a quick clip of the event followed by a couple photos showing smaller groups of the protest, and claimed only 50 people showed up for the massive demonstration.

A local CBS News affiliate also claimed only “several hundred people” attended the Austin protest, but Infowars estimates that over 1,500 people showed up during the two-hour protest to call on Austin’s government to reopen businesses after a brutal month-long lockdown.

Independent video confirms the attendance was much higher than what was reported by mainstream media.