Finally, after 500,000 years of oppression, planet Earth is on its way to total liberation from its Exterrestrial oppressors, who installed their own pawns on Earth like Pharaohs, Kings, and lower-ranking mind-controlled government officials. People who are experiencing this now are the chosen ones to contribute to this liberation. Complainants who think it takes too long are not yet ready to contribute and will therefore not go to the new 5D-world.

The Deep State, to which the above mentions belong, is the source of all that is negative on planet Earth. To survive the harsh times we are now in, it is essential to understand what it is all about.

The Deep State is organised from top echelon employees of more than a dozen powerful agencies, such as the CIA, FBI, NSA, IMF, CFR, BIS, top generals, admirals and other military officials, long-serving parliamentarians congressmen and senators, directors of major supervisory agencies and CEOs of most large multinational corporations, the majority of whose shares are owned by Deep State cronies. All government agencies are what you might call the running backs of the cabal.

The satanic control is the result of a highly organised long-term conspiracy aimed at establishing the New World Order, based on the Luciferian revolution against God and Nature.

The real top of the pyramid is formed by the Luciferian pharaonic rulers of Octogon, based in Switzerland, who are the core of the Global Octopus structure of ruling elites with their tentacles in every niche of “our” society.  These are the Pharaonic Templar Bankers of Switzerland with their 5th Column of Masonic followers.

They form the ruling Oligarchy all over the world. The ruling Pharaohs originate from Lucifer’s occult mystery religions, which sprang from Babylon and Egypt. They are now identified as the Global Elite or Deep State cabal, who see us as their slaves and property, with which they can do as they please.

Despite the usual complaints that nothing is changing, nothing is getting better, chaos is increasing, and so many other stories from those who have no eyes to see or ears to hear, this year 2022 will be generous, especially to those who have done their homework by participating in the New Earth.

Change always comes from within, for which each person has his own key that initiates it. Waiting for someone else to do it for you will never come. And so the cry is always the same: “They talk and talk but nothing happens”. And in fact, for this type of person, nothing will change.

How to shift to a higher dimension 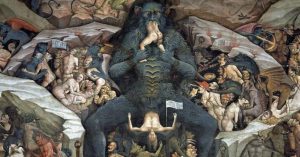